In the last 10 years worldwide, no one has been brought to justice in nearly 80% of the 263 cases of journalists murdered in retaliation for their work. Of these, at least 51 killings have taken place in Africa across 52 countries, including South Africa.

These statistics, revealed by the Committee to Protect Journalists (CPJ) in its latest Global Impunity Index report, paint a bleak picture of a profession under siege, and set the stage for this year’s annual Carlos Cardoso Memorial Lecture at the 18th African Investigative Journalism Conference in Johannesburg.

On the eve of the United Nations’ International Day to End Impunity for Crimes Against Journalists on 2 November, the 2022 lecture welcomed two special guest speakers, Baba Hydara and Penny Sukhraj, who to this day are still fighting for justice following the murders of their journalist family members. Hydara’s father Deyda, co-founder of The Point newspaper in The Gambia, was murdered in 2004 by members of a hit squad belonging to former dictator Yahya Jammeh. Sukhraj’s husband, photojournalist Anton Hammerl, was shot by colonel Gaddafi’s forces 11 years ago while covering the war in Libya. To this day, his remains have not been recovered.

The lecture was moderated by CPJ’s program coordinator for Africa, Angela Quintal, who asked: “If we as journalists aren’t there in solidarity in seeking justice for those murdered, what happens when you’re next?”

Opening with a powerful address, Hydara paid respect to Carlos Cardoso, the Mozambican journalist who was assassinated while investigating corruption in 2000. The annual lecture honours his work and casts a spotlight on countries where journalists are under attack, promoting continental solidarity among them.

“Barely four years after Carlos’ assassination, my own father was killed by the dictatorial regime of former president of The Gambia, Yahya Jammeh, following his persistent criticisms of the draconian media laws that were being used by the government to intimidate and harass journalists,” said Hydara.

He spoke of his decision to return home years after the murder of his father, in order to help run the paper Deyda had started and to assist with the Gambia Center for Victims of Human Rights Violations, where other families affected by Jammeh’s cruel regime could come together and fight for justice.

After Jammeh was exiled to Equatorial Guinea in 2017, the current government of The Gambia set up the Truth, Reconciliation and Reparation Commission, which tied him to Deyda’s “cold and cowardly killing”, as well as the enforced disappearances, killings and torture of opposition party members, journalists and peaceful demonstrators.

It was Baba Hydara’s tenacity and fearlessness which also created a massive swell of international support for his fight for justice, highlighting the plight so many journalists around the world face in making life-defining choices daily.

“Most recently, the German judiciary selected my father’s case as one that qualifies for universal jurisdiction, which meant that it could be tried in Germany since one of the members of Jammeh’s death squad resided, and was arrested, there,” said Hydara.

The case is currently ongoing in the town of Celle, where a few weeks ago Hydara faced one of his father’s alleged killers in court while he gave testimony.

“We call for global action against all perpetrators who are found guilty to face the full force of the law, as crimes against journalists continue to be a threat to freedom of expression,” said Hydara, echoing CPJ president Jodie Ginsberg when she said a lack of justice empowers perpetrators to continue silencing the press. 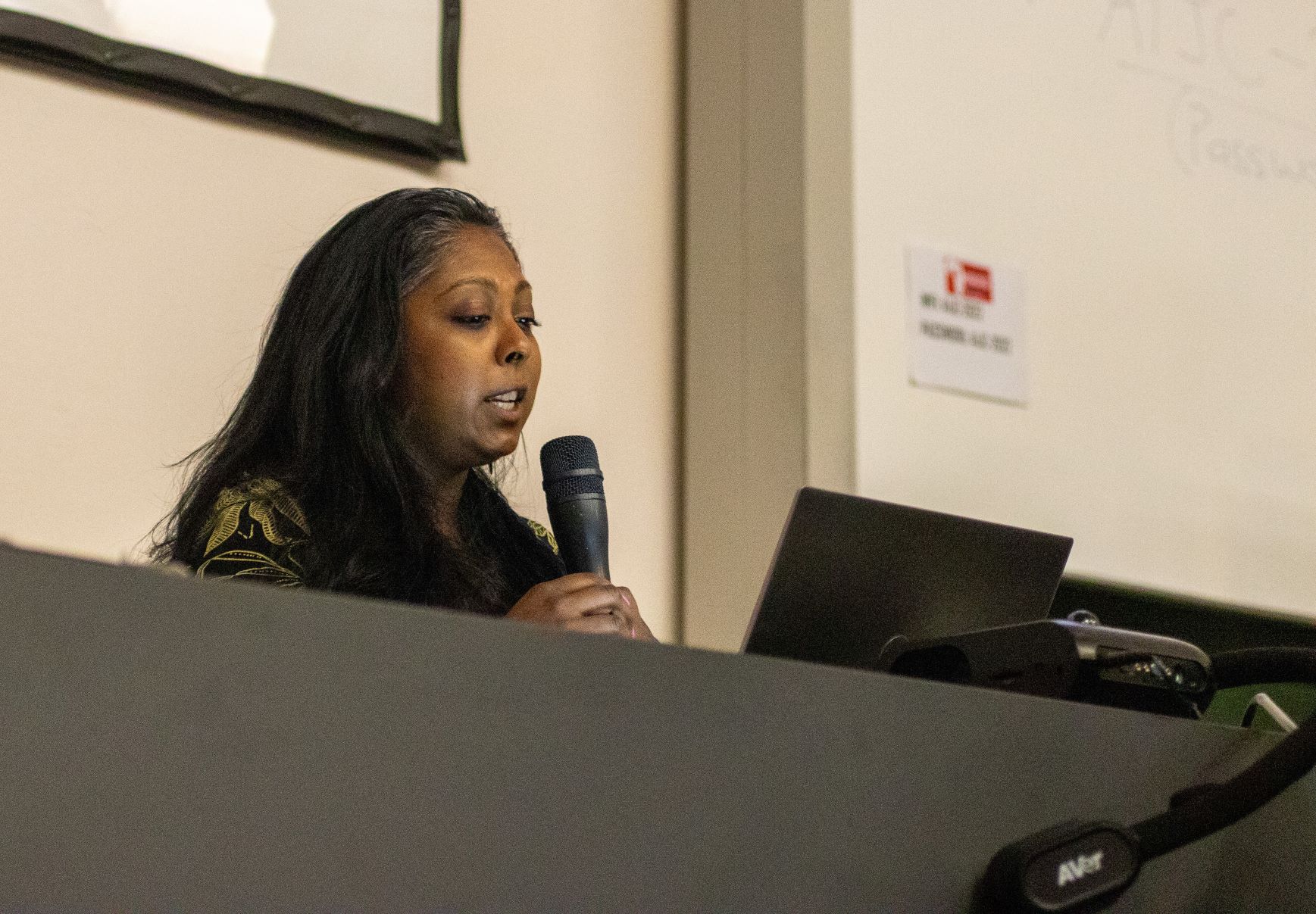 Penny Sukhraj, online news editor for Dow Jones, was the second speaker to address the packed lecture hall at Wits University. For over a decade, Sukhraj has been fighting for justice following the death of her husband, Anton Hammerl, who was killed on assignment in 2011 while covering the war in “wretched, blazing” Libya.

“For 44 days after Anton went missing, our family was told he was alive. We awaited the precious proof-of-life calls which were promised,” said an emotional Sukhraj.

“Blissful maternity leave turned into a living, hellish nightmare. The cries of our eight-week-old son at the time felt like the cries of Anton, somewhere out there… who knew where, or what had happened. Our eldest, at seven years old, helped me manage the baby. That’s all we could do. We felt helpless to do anything else being so far off in London.”

While the journalistic community rallied around her in the months and years which followed, Sukhraj explained that no help or urgency came from government officials, leaving her family caught between the cracks of a nightmare ever since.

“It’s been 11 years. We’ve lobbied; we’ve written letters to UK parliamentarians and South African officials to ask for interventions; we’ve addressed UN committees tasked with investigating extrajudicial killings and forced disappearances; we’ve crowdfunded for our legal costs; we’ve stood in the English town where we live, metres from where we said goodbye to Anton, raising awareness about our case in our local community.

“Despite being a citizen of two nations – South Africa and Austria – and the fact that he lived and worked in London, his death in a foreign country drew a blank from all governments that might have assisted,” she said.

Only now, so many years later, do Sukhraj and her family feel like there’s finally a willingness to engage from South African authorities, after they followed through with a court application demanding more information. After years of writing to the office of the High Commissioner to the UK, the new high commissioner Kingsley Mamabolo has agreed to meet with the family.

“But why should you care? Why does this matter?” asked Sukhraj. 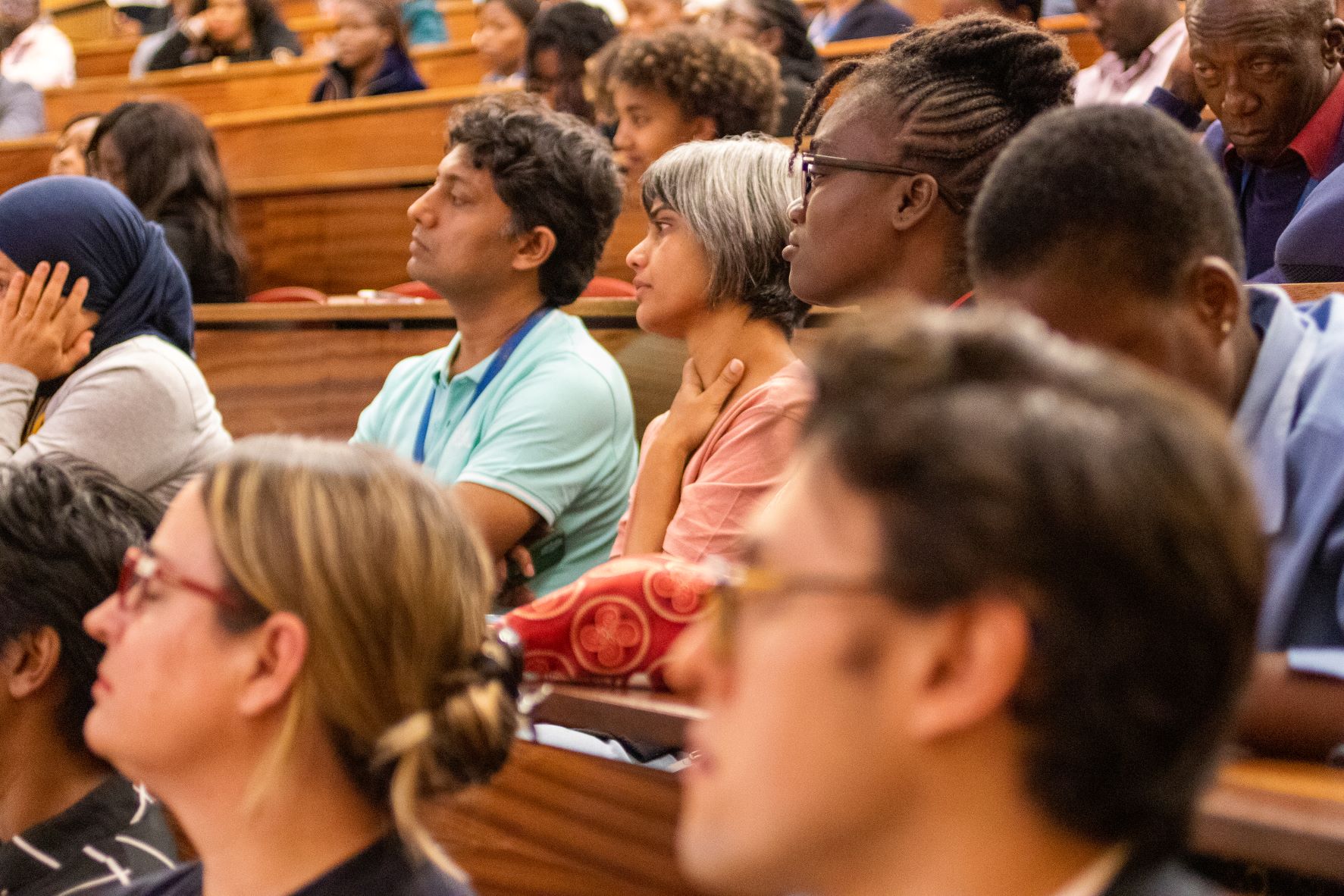 “It matters because what happened to Anton could happen to any of you, my dear friends. Any of you could find yourselves working abroad, and then being sent to cover an assignment even further afield. Your families will have scant access to help.

“I call on all of you to take this matter back home with you and consider how to entrench, in law, the obligation and protocols that would enable investigation and recovery of a journalist that is killed abroad,” urged Sukhraj. “Please, I encourage you to lobby, talk to your governments, engage with your unions and civic journalist organisations.

The tireless work carried out by people such as Hydara and Sukhraj is a guiding light to other families around the world who still seek justice for the cruel and senseless killings of their loved ones.

“The Carlos Cardoso Memorial Lecture is a reminder that the safety of journalists is part of the fight for democracy globally,” said acting director of the Wits Centre for Journalism, Dinesh Balliah. “This year’s lecture not only focused on journalists who lost their lives on the frontlines of truth-telling, but also exposed the heartache and struggle of the families left behind. All too often, there is no one to help these families. The WCJ uses its platform to ensure that these voices are heard and acknowledged.”

Following the lecture, delegates from the African Investigative Journalism Conference adopted a declaration calling for African governments to act to end impunity for crimes against journalists.

It ends with a powerful statement: “Empty words will not fill the open wounds of a journalist beaten on the job, or the empty seat at the kitchen table of a reporter gunned down in reprisal for their investigations. Attacks on the press are never justified, but when they happen, there must be justice.”